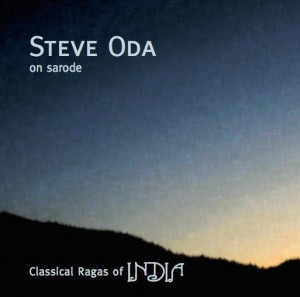 Intended for the late afternoon, raga Bhimpalashri has moods of peace, compassion and devotion. Khansahib would often say, “When all of the birds and animals playing all day …no watch in hand …feeling sad have to find a place to stay for the night …this is the feeling.” Performed without the tabla, an alap is like a prayer or meditation.

Raga Kafi is one of the oldest classical ragas and is rendered in the afternoon or evening. The raga is presented with tabla in gats or rhythmic compositions in slow, medium and fast 16-beat cycles called tintal. The moods of this raga are love and compassion. Often performed in the springtime, the raga is also known for its playfulness.

The light classical evening raga Misra Mand with ragamala is performed here in a syncopated tala of 16 beats called sitarkhani. One of Khansahib’s favorite light classical ragas he often added a garland of ragas or ragamala to further enhance the moods of romanticism and pathos. As the speed increases the rhythm changes into 16-beat tintal and an unexpected string break leads to a wonderful short tabla solo by Debopriyo.

The ragas on this CD were recorded in a traditional baithak style where audience (including children) are present and sitting close to the performers. Please forgive any resulting unexpected sounds.

This CD will soon be available for purchase at CD Baby.

Maestro and Guru Dr. Ali Akbar Khansahib, my parents Joseph and Yoshiko Oda, my wife Pushpa (Sharon) Oda without you my music would not be possible.

Thanks to Kenny Annis and Mike Irvine for their help in recording these selections.

Do NOT follow this link or you will be banned from the site!