Maestro sarod player and composer Steve Oda, and master tabla player and composer Ty Burhoe have been formally recognized with minor planets named in their honor. Announced June 3, 2020 in a publication by the Minor Planet Center at the Harvard Center for Astrophysics, under the auspices of the International Astronomical Union, the newly-designated minor planets ‘Steveoda’ (304908), and ‘Tyburhoe’ (306479) will orbit the sun in near-perpetuity, carrying now the names of these musical masters.

The asteroids were both discovered years ago by the University of Arizona-based Catalina Sky Survey in Tucson, a NASA-funded project that discovers and tracks near-Earth asteroids. While ‘Steveoda’ and ‘Tyburhoe’ are not near-Earth asteroids they are ‘Mars-crossing’ asteroids. Both of these roughly mile-wide rocky worlds take 4 years to complete a single orbit of the sun, traveling between the orbits of Jupiter and Mars. They were selected by Catalina Sky Survey astronomer, and tabla-student Greg Leonard, as representatives of the personalities of Ty and Steve. The 4-year cycle is reflective of several commonly played rhythm cycles (taals) of Hindustani music. The planet-crossing aspect of these asteroids is in recognition of both Steve’s and Ty’s curious and adventurous natures; especially their willingness to take musical risks in the search for novel and authentic harmonious rewards.

To commemorate this rarified honor, Steve and Ty have received certificates of the announcement on July 4, 2020, the eve of Guru Purnima, the special Hindu day dedicated to celebrating and recognizing the importance of our teachers. The certificates include descriptive citations composed by Leonard and Tucson Harmonium’s Camillo Scherer which they believe reflect the sentiments of Steve’s and Ty’s many fans and students worldwide. For the past few years, Tucson Arizona has had the honor of hosting concerts by Steve and Ty on the day of Guru Purnima, although this year the city will sorely miss their presence in this time of global health crisis. However, with loving consolation, tonight we may all stand under two new shining points of light in the cosmos, now bearing the names of our beloved maestros our friends, Steve Oda and Ty Burhoe. 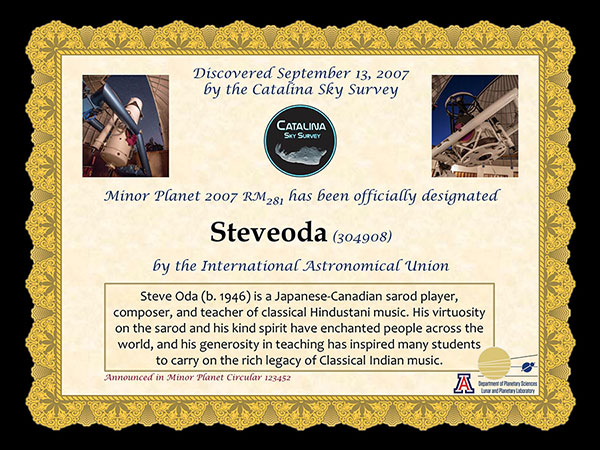 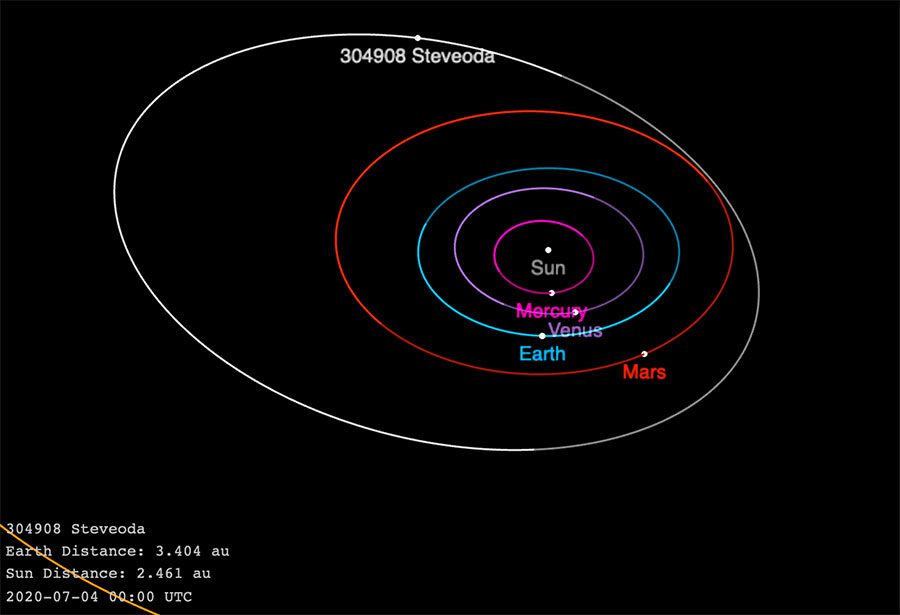